What your science teacher should have taught you about chakras

Chakras are focal energy centers from various ancient meditation practices. The word itself is from the Sanskrit word for ‘wheel’. These centers are like spinning disks of energy. There are seven main chakras and overall up to 114 in the body. Since they are connected to nerves and organs, they have an impact on psychological and physical wellness. For good health, chakras should be opened and aligned. The chakra system was developed in India approximately between 1500 and 500 BC and first came to the West in the 1880’s. With the interest from new age authors of yoga and eastern philosophies, chakras became a widely popular phenomena.

Even though the word ‘chakra’ has been in our vocabulary, the scientific roots of chakra have been a mystery. Uncovering the mysticism veil over chakras has been an intriguing mission for many Western scientists. There are many approaches among the scholars and authors to find correspondence for chakras. It is a quite controversial subject. There are so many ideas about which chakra corresponds to what. Authors suggest that they are linked to organs; glands; nerve plexuses; modern maps of the central nervous system (CNS) or even certain points in developmental psychology theories. However they don’t seem to come to an agreement. While some resources disagree with all of these approaches and claim there are no concrete scientific basis for this phenomena, new trends keep emerging.

Some examples of correspondences of chakras according to different authors:

The latest trend in literature to explain chakras is gap junctions. Gap junctions are hydrophilic passages between the cytoplasm of two adjacent cells created by a hexagonal array of connexin proteins. Gap junctions have different conductivity and gate properties linked to the exchange of small molecules and ions that can generate electrical conductivity. They have a role in co-ordinating endocrine secretion, functioning of the heart, co-ordinated firing of neurons, in interactions between neurons and glial cells, the migration and survival of neural crest cells and synchronizing many embryological processes. Gap junctions in glial cells have a vital role in CNS (central nervous system). Blockages in gap junctions have a negative impact on circadian rhythm of cell firing in the suprachiasmatic nucleus (SCN) which affects the entire body through different mechanisms such as alterations in melatonin secretion.

According to Shang, acupuncture points are caused by an increased density of gap junctions among cells which are relics of the centers that control morphogenesis in that area. This principle has some implications for chakras as well. Shang described chakras as relics of embryological organizing centers in the CNS which have a high density of gap junctions. Another proposal is that there are gap junction links between autonomic cells and CNS centers. It is suggested that there are connections between cells and the locations in which gap junctions were formed originally.

In this approach concentration points of chakras correspond to areas mostly within the ANS (autonomic nervous system) and it is suggested that ANS activity can be altered with concentration. This modification in ANS activity has the potential of changing the activity of centers in CNS which correspond to the physical locations of the chakras. Among chakra literature there is some confusion about the location and non-physical entity of chakras. There seems to be a distinction between concentration points and the actual location of the chakra. This hypothesis also explains the reason why chakras are perceived to be non-physical with the difference between chemical and electrical communication within the CNS and ANS.

Although not clearly defined and classified, autonomic plexuses have been used to explain chakras for many years. However there are no major autonomic plexuses in the concentration areas of the two highest chakras; Ajinia and Sahasrara but there are bones and cartilage which originated from neural crest cells with links to CNS and can be linked to gap junctions.

Chakra centers in the CNS can alter wider CNS activity by impacting secretory activity in endocrine systems. Most theoretical approaches use endocrine activity as an essential element in their explanations because chakras can control mental propensities which are organized by glandular secretions. Gap junction hypothesis puts emphasis on electrical networks and endocrine effects and de-emphasizes networks of chemical synapses. Chemical synaptic systems alter the activity of different organs that are affected by changes in autonomic control in response to classic relaxation. The impact of advanced meditation can only be explained by restoring greater strength to the more primitive electrical circuits, especially in the physical locations of chakras. Chemical synapses only partly explain neural control processes and gap junctions play an important role through electrical synapses in this equation. Yoga and meditation can possibly increase the number of gap junction connections and allow electrical couplement of the spine and brain.

Thus, the gap junction hypothesis has much explanatory potential to discover the science behind chakras. Currently there are no scientific studies to prove this hypothesis and considering its implications for both chakra and acupuncture, more research is necessary.

Explore chakras as part of our Tantra Method Training, which contains knowledge and techniques that absolutely anyone can learn and use for better understanding of their true essence.

A Brief and Interesting History of Chakras. (n.d.). https://trans4mind.com/counterpoint/index-meditation-eastern/history-of-chakras.html

Olson, M. A Brief Overview of the Relationships between Chakras, Endocrine Glands, and Autonomic Neural Plexuses. 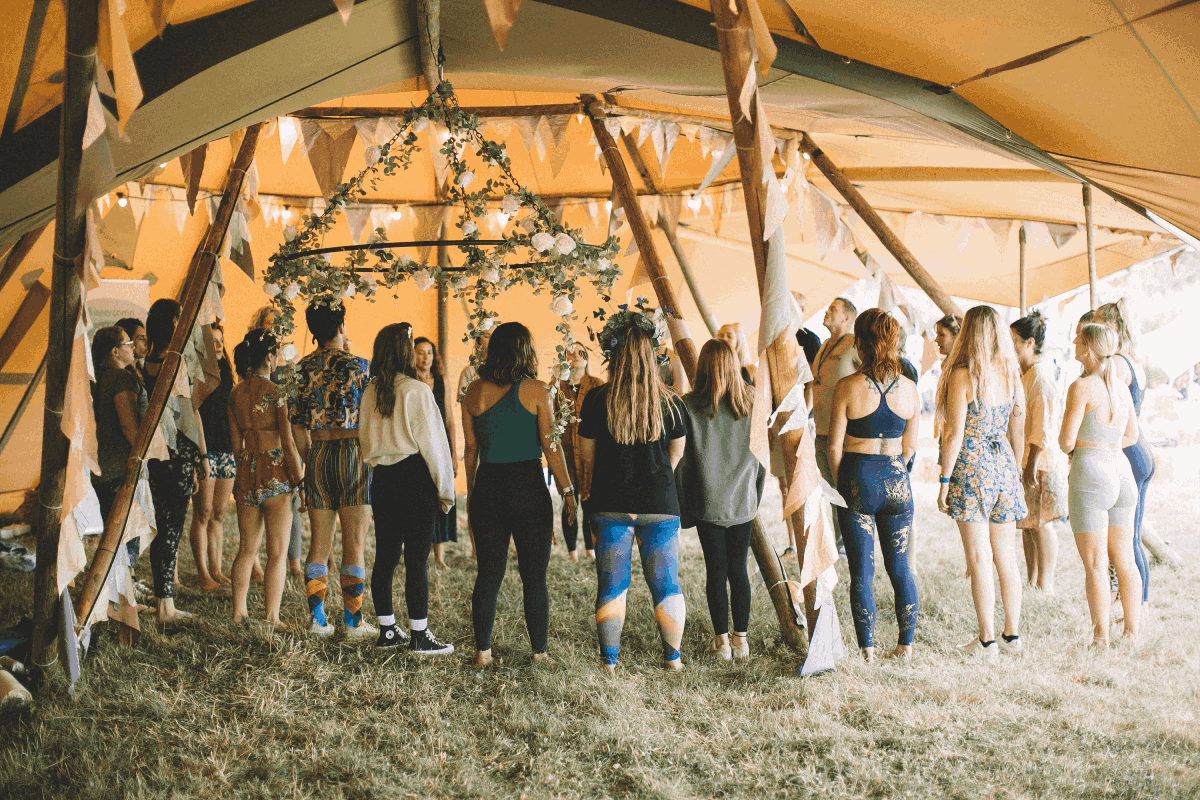